The consequences of communion 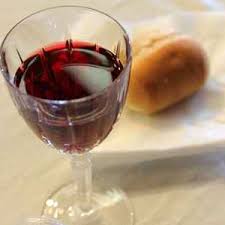 Paul’s observations on what happened when people didn’t discern the body of Christ during the breaking of bread or Lord’s supper or communion as it is sometimes known (1 Cor. 11:30) can be better understood if we look at the historical understanding of disease at the time and now.  Now we understand the concept of germs and contagious diseases but then such things were not understood at all.

However Paul was able to observe something happen and come to conclusions.  Communion meant sharing a common cup and bread (1 Cor. 10:16,17) then.  Nowadays we don’t normally do that, at least in large congregations.  The reason we don’t  is because we know that is how germs are spread.  But at a time when that was not understood, the connection between falling ill (or sometimes dying) and sharing a common cup would not have been so understood.  However Paul observed this happening in some churches.  And it would seem it was churches like Corinth who seemed most lax about how they observed the Lord’s supper that this happened in the most.

Now let’s take this argument one (admittedly controversial) stage further.  He says that believers in some cases were ill after communion because they did not observe the Lord’s body (1 Cor. 11:29).  In general believers will not be leading a promiscuous lifestyle.  Contagious diseases in particular are picked up by a promiscuous lifestyle.  So if the body is discerned and those who are outside the body in general are convicted enough by the self examination not to partake in the breaking of bread then that reduces the risk of the spread of contagious disease through sharing a common cup.

Of course there is not a one to one correlation between not having contagious disease and being a Christian – most everyone gets a cold at some time – but you can see how this might work out in practice even at a simply natural level.  Then if you take into account God’s divine intervention on behalf of His people … why don’t believers share a common loaf and a common cup during communion?

One response to “The consequences of communion”